This year  we have been raising money for various charities again.

Huge thanks to everyone who took part in some way. 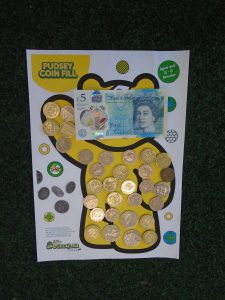 Pupils came to school wearing Pudsey colours and looking very Spotty to support Children in Need in return for their donation to the Charity.  We also had a cake stall after school and all of this was organised by our School Council.

The Poppy Appeal again was very well supported and a brilliant amount was raised by our pupils yet, the children have been learning all about the stories behind the Poppy Appeal.  More details will follow soon along with the fundraising total.

The total raised was

We have supported the Shoe Box Appeal and this year handed over 18 packed shoe boxes in support of children living in Eastern European countries. Take a look at the great work the charity carry out at their website: www.teams4u.com. 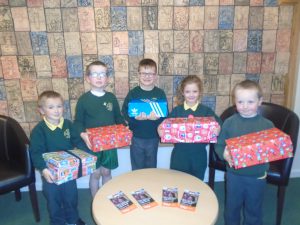 All of our pupils enjoyed taking part in our Sponsored Mile on Friday 18th March.  Thank you to everyone who helped to raise a massive amount for this fantastic appeal.  Amount raised.. 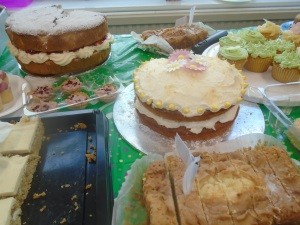 Friday 25th September 2015 was the date for the MacMillan Coffee Morning.  Once again this year we had donations from lots of local businesses and with the help of parents and staff managed to raise over £512 for this magnificent charity.  The event was organised by one of our Teaching Assistants, Mrs Wardell, who worked tirelessly to bring it all together on the day.  So thanks to Mrs Wardell and everyone else who got involved from the people who baked to the people who bought the fabulous array of cakes and goodies. 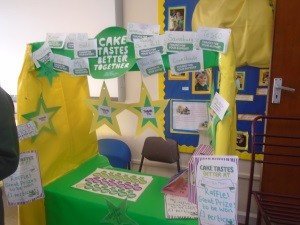 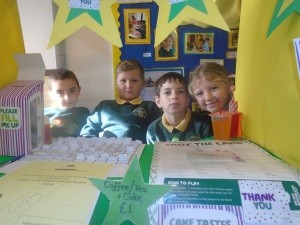 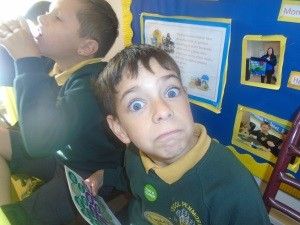 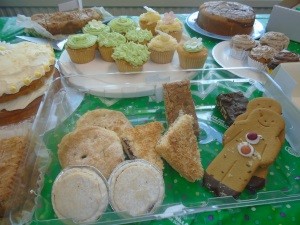 All set up and ready to go! We had help from some of our children who really enjoyed doing their own raffle and games stall and gave out stickers to all the visitors.  There was a great atmosphere and a lot of cakes!!! 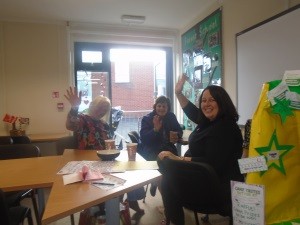 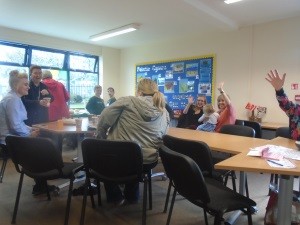 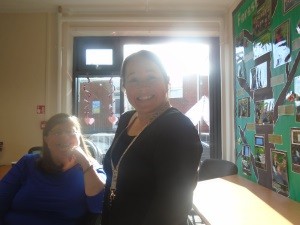 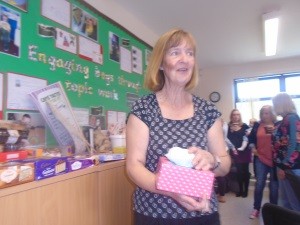 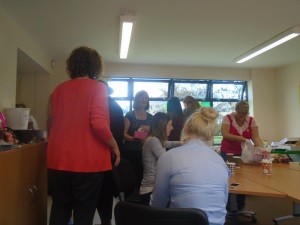 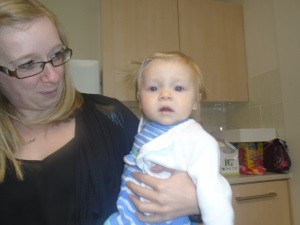 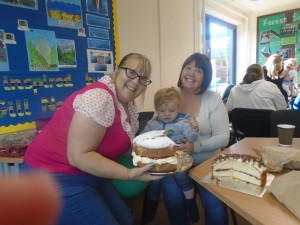 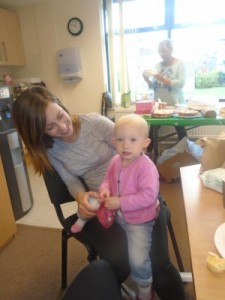 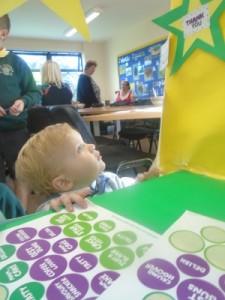 Mrs Thompson won the “Guess How Many Bits” game and we didn’t quite get as far as Mrs Wardell needing bigger buns!  There were children of all ages enjoying the morning and once again ……..

Thank you for getting involved.

Thanks to everyone for your continued support and generosity during all of the fund raising charity events.